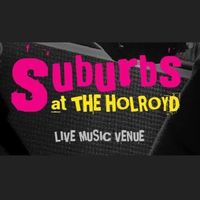 SouLutions Live at the Holroyd

The Guildford Funk and Soul Club proudly presents SouLutions Live in concert. SouLutions are back once again by popular demand, with a night not to be missed. Grab your tickets now as this event as usual will sell out. SOULUTIONS are the writing team of Steve Lee and Louise Mehan.

Steve and Louise have known each other for over 20 years and performed together in the local clubs and pubs in the North East of England for most of that time, however, they began writing their own songs in 2007.

They performed these songs under the guise of AMBIENCE, including the timeless Listen, in local venues but unfortunately they weren’t received well and the material was shoved in a drawer.

Disheartened, the song writing was put on hold until 2014 when, through the persistence of Louise’s mother, Paul ‘Bumski’ Redfern, the foresight and brilliance of Gary Van den Bussche and the mixing skills of Billy Freeman (Dizabone) the track Listen became an overnight success.

This gave Steve and Louise the confidence to pick up the quill again, and, in December of this year they will release their forth Album ‘Anthology’ following on from DESTINY, THANKFUL and FATE.

So they went about putting together a nine-piece (sometimes 10!) band, and for the last four years have performed up and down the country with overwhelming success.